The past few years have seen a great number of Nimrod Borenstein’s works being commissioned, recorded and premiered at the most prestigious venues and festivals across the globe, from the Royal Festival Hall and the Royal Opera House in London to the Salle Gaveau in Paris, Carnegie Hall in New York and Hong Kong City Hall. His music is performed regularly throughout Europe, Canada, Australia, the Far East, Israel, South America, Russia and the U.S.A.

Among his high-profile supporters, Vladimir Ashkenazy has conducted several of Borenstein's compositions, culminating in the recording of an entire album of his orchestral works for Chandos (named BBC Music Magazine ‘Choice’). Other leading artists to have performed Borenstein’s music include: Roberto Prosseda, Pascal Rogé, Dmitry Sitkovetsky, the Philharmonia Orchestra, the BBC Philharmonic, the Royal Philharmonic, the Oxford Philharmonic and Israel Camerata. His recent string quartet, Cieli d' Italia, was commissioned by the Quartetto di Cremona, who feature it on their new album for Avie Records.

For Nimrod Borenstein, 2022 is also an exciting year as a conductor as he will be on the podium for the recording of two new CDs this year alone. The first was recorded for Somm in May 2022 with Nimrod conducting the Royal Philharmonic Orchestra and the pianist Clelia Iruzun in his Concerto for piano and orchestra opus 91. The second album as a conductor this year is for the Sheva collection: in October Nimrod Borenstein will be conducting The Mainzer Virtuosi String Orchestra for a full album of his music for string orchestra that will include his Concerto for violoncello and string orchestra opus 56b, L' Oiseau bleu opus 89 for solo harp and string orchestra as well as his Symphony for strings opus 68.

Alongside his talent as a conductor, Nimrod is a great communicator; his ability to share his passion and knowledge of music with a diverse audience has led to him being in high demand as a lecturer and speaker. 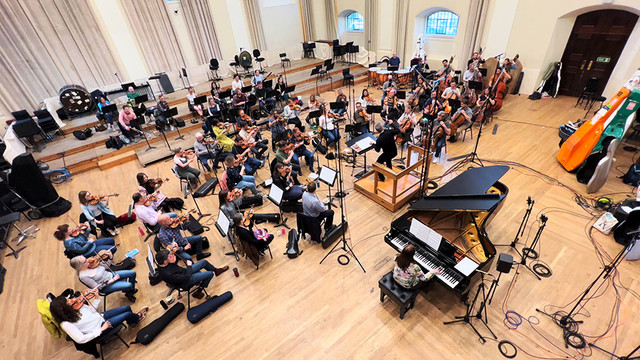